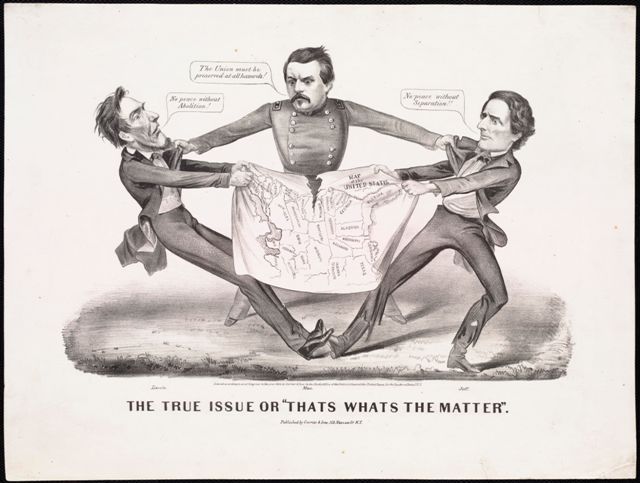 Torn in Two: 150th Anniversary of the Civil War. Ronald Grim–Curator of Maps for the Norman B. Leventhal Map Center at the Boston Public Library–has created an exhibit of remarkable maps through which you can glean the history of the conflict. The exhibit opened in Boston last fall, but now has arrived at the Grolier Club in New York City: it will be there through April 28th, 2012. At 2:30 pm on Saturday, April 14th, join the New York Map Society for a (FREE!) tour of the exhibit led by Ronald Grim–note the particulars on the Map Society’s “Meetings” page.  The exhibit is great, and so is the Grolier Club: read its history here.